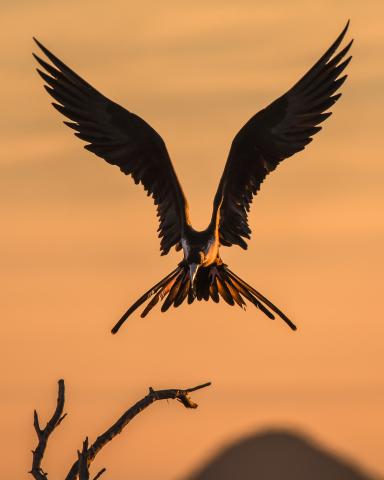 Few people who read my occasional scribblings on here will know that for a brief but glorious period of time I played men's roller derby. In fact, during my tenure I was assistant captain for the local team, and through a series of unfortunate events blew out my knee during tryouts for the national men's team. Anyone who knew me growing up would have never thought I had any business even participating in national tryouts for an athletics team (except maybe bowling), but in a number of the tests I held my own, and it's a memory I will always cherish.

I mention it here because I think there are parallels between my (regrettably short) roller derby career, and the Drupal involvement that has largely shaped my professional career, and been a big part of me being able to stay gainfully employed, and provide for my family through some very uncertain times.

I remember my first derby practice, the amount of effort required simply to stay upright on quad skates. While I was still learning the basics our "freshie" squad would get visits from veterans who were coming back from injuries. They seemed like superheroes to me. What they could do, the seemingly supernatural skills they could perform and without any obvious effort. In fact, one of my early instructors went by the name Mighty Thor and after the practice she led I felt like I had earned a place in Valhalla.

When I joined our local roller derby league, the participation of men was an experiment. Those of us who were had volunteered to be those guinea pigs watched women who had started at the same time graduate from "freshie" practice to "league" practice, which was a considerable jump in the level of skill expected, and in what would ultimately be developed.

In time the representation we were able to pull together for a men's team managed to graduate to league practice. I remember that first practice, being at least as intimated as I had been at that very first practice. Being expected to skate much faster than ever before, being expected to demonstrate skills that had previously seemed advanced: skating backwards, seamlessly transitioning between skating backwards and forwards, and much more.

Much as I had survived that very first practice, I survived that first league practice, and thanks to the encouragement of many derby players whose skill I will always admire, I eventually felt like I could hold my own. I remember fondly practices where we would scrimmage, and speeding around the roller derby flat track was the closest thing I had ever felt to flying by my own power. I felt like in a league of super heroes, somehow I had learned to hold my own. And even though we aren't in touch often, I'm still connected to many of the players I skated with so many years ago.

Finding a place in the Drupal community has given me some similar vibes. When I first started, Drupal was at times a struggle, and I can remember seeing names of people that are still pillars of the community today. Drupal's multilingual capabilities were really what originally drew me in, and I remember early on reading posts by an incredibly smart person named Gabor who had an incredible grasp on the complexities of making Drupal work with multiple languages. Not just to translate a node's title and body test, but also its menu link, meta data, and more.

My first months of working with Drupal were spent in obscurity, lurking in the forum's and scouring the available documentation to understand how I could unleash the power that I could see even then, with my crude understanding and in the state Drupal itself was in back in version 4.6. Eventually I signed up on drupal.org, and started to weigh in on discussion threads. At the time I had never used any kind of version control system, and so I would occasionally include code snippets in my comments, because I had no idea how to roll that code into a patch that would make it easier to integrate.

In the many years since, I've learned a ton. Working with git, patches, OOP, and a variety of other practices have become commonplace, and along the way I've worked hard to get certified on Drupal, and a variety of related technologies. But what I love most is that sense of exhilaration when you see something you've created come to life. That has lead me down the path of releasing my own modules on drupal.org, in the spirit of sharing what I think are some really interesting ways it's possible to leverage the power of Drupal.

Along the way I've been fortunate to be part of some fascinating conversations, on topics I find particularly compelling: dates and times, Solr search, headless architectures, and more. I've been able to have these conversations with some of the best known names in their respective spaces. I've been able to collaborate with Mike Herschel on the responsive grid that made it into Drupal 10, with Sascha Eggenburger on new configuration options for Gin, and with Jacob Rockowitz  on Smart Date integration for the Schema.org Blueprints module. Since joining Acquia I've been able to chat with people that most in the Drupal community would recognize on a first name basis, like Gabor, Lauri, and Dries, but the list of amazing people I've been lucky enough to meet as part of the Drupal community is far too long to even attempt to include here. More recently, I've had the opportunity to participate in the Talking Drupal podcast, which has brought me into a variety of conversations I hadn't even considered. And being active in Drupal even allowed me to fly to Prague, to share my experiences making Drupal sites faster by automatically optimizing images.

So what was the point of this rambling comparison? With American Thanksgiving coming up, I wanted to let people from both the roller derby and Drupal communities how grateful I am for being like families to me, and for them having given me the opportunity to experience what it feels like when your feet leave the ground.